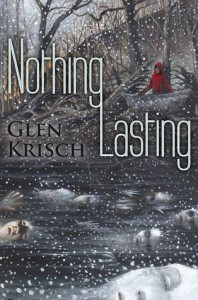 In 1984, Noah Berkley moves into his grandfather's old house with his father following his parent's divorce. Noah's memories are clipped and fuzzy of the times he spent here while his grandfather was alive. He vaguely remembers Derek, the older boy that lives next door and whose mother is now dating Noah's father. Noah is angry and spiteful over his father dragging him off to live here and now dating this other woman. His father his a firefighter who works various 24 hour shifts and one night while his father was at work, Derek pops in like him and Noah are best friends and whisks him away for what turns out to be a little nighttime mischief. With Derek as the ringleader, Noah winds up being along for the ride as Derek breaks into the neighbor's house and trashes it. Witnessing Derek's sudden transformation from average adolescent high jinx to out of control psycho plants the first seeds of loathing for him in Noah. Noah also meets Jenny Sparrow, the free-spirited girl next door, and love begins to blossom. All the while, children are going missing in the small town and paranoia starts to run deep amongst the residents as the police have no clue who is responsible. While Noah is going through this turbulent time in his life where his emotions are up and down like a never ending roller coaster, he also finds himself caught smack dab in the middle of a much darker and sinister events that will forever change his life.

Nothing Lasting is a wonderful coming-of-age story in the vein of Boy's Life and The Body. Krisch excels at bringing you back to what it's like to see with the eyes of a 12-year-old boy in 1984. The language, the setting, the feel of 1984 is spot on. We forget in today's world what it was like to be a latch-key kid. Krisch reminds us perfectly. Nothing lasting has a nice, slow build-up reminiscent of Charles Grant's work, too. This isn't a story meant to bludgeon you over the head with non-stop horror with little substance. Oh contrare, the exact opposite. Krisch builds us up making us feel as if we're in Noah's shoes and by the time he drops the bomb on him, it feels as if we're the ones caught in the crossfire. Highly recommended.

** This ARC was provided in exchange for an honest review